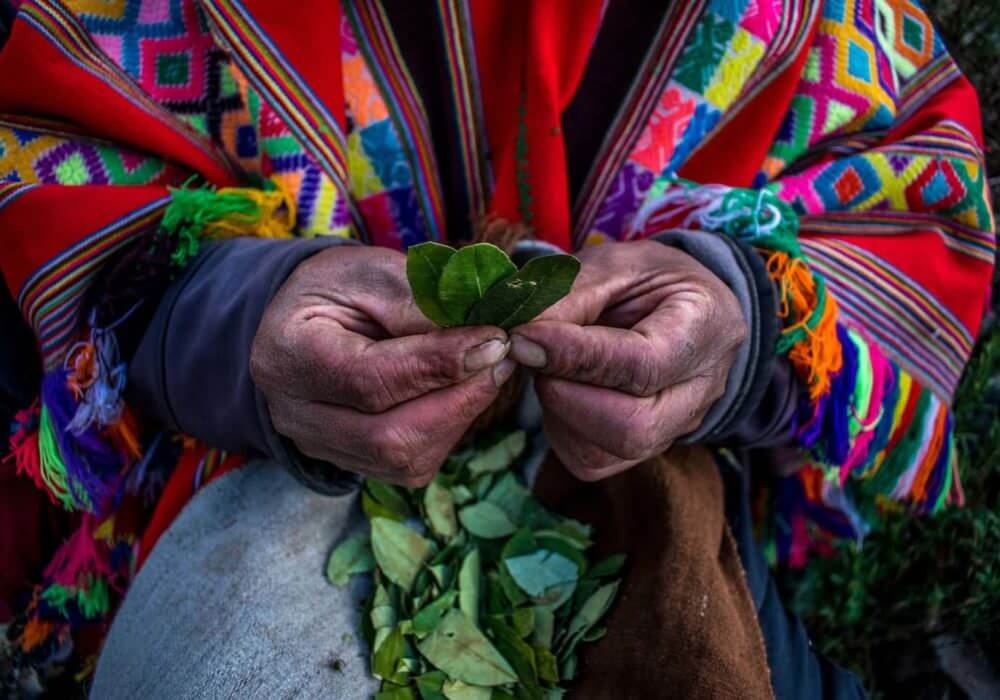 2100–2500 BCE. Abundant evidence of coca leaf use found at the sites of several pre-Columbian cultures, including Inca, Tiahuanaco, and Paracas. Artifacts indicating coca leaf cultivation and chewing discovered in the ruins of Valdiviana (Ecuador), Huanco Prieto (northern Peru), and other locations.

1085–950 BCE. During a 1992 laboratory analysis of the mummy of an Egyptian priestess, toxicologist Svetla Balabanova detects residual but well-identifiable amounts of cocaine in the hair of the remains, indicating digestion of coca leaf.  In an independent analysis, American researcher Dr. Larry Cartmell arrives at the same conclusion.

1200–1475 CE. Evidence unearthed at the ancient sites of Nazca and Mochica in Peru points at the medicinal use of coca leaf. It was diluted in essential oils and administered as a local anesthetic during surgery. Pottery dated to the period is decorated with images of people chewing coca leaf.

1499 CE. A Dominican friar named Thomas Ortiz records the technique and the effects of chewing coca leaf, noting that it alleviates thirst and hunger. He also physically introduces the Erythroxylum plant to Europe.

1582–1657 CE. Pipes from the garden of William Shakespeare’s house are found to have traces of cocaine. A team of researchers headed by South African anthropologist Francis Thackeray requests permission to disinter the Bard’s remains. Beside hoping to determine his cause of death, the scholars expect to be able to tell whether the great poet used cocaine on a regular basis.

1859 CE. German chemist Albert Niemann succeeds in isolating a crystal alkaloid he dubs “cocaine” from dried coca leaves. The leaves reach him in the first place thanks to another scientist, Karl von Scherzen, who obtains them during his round-the-world expedition. Niemann’s mentor Friedrich Wöhler experiments with coca leaf reveal that the initial sour taste goes away after a while thanks to  the leaf’s anesthetic properties. Wöhler’s and Niemann’s results spur the interest to coca among researchers throughout the world.

1863 CE. French chemist Angelo Mariani develops a special elixir sold under the name of Vin Mariani, mixing wine and cocaethylene. The drink becomes an instant hit across Europe, known to be appreciated by prominent figures such as writers Arthur Conan Doyle and Alexander Dumas, the chief rabbi of France, and the Pope himself.

1886 CE. John Stith Pemberton, a wounded Confederate and a druggist, has been selling his own version of Vin Mariani at the rate of a thousand bottles per week. Unfortunately, a new law in his home state of Georgia prohibits the sale of alcohol. Pemberton needs to reinvent his product, labeled French Wine Coca and described as “the ideal nerve stimulant and tonic.” He replaces wine with sugar syrup and markets the new, alcohol-free potion, now called Coca Tonic, as a headache remedy and alcoholic beverage substitute for five cents a glass. Another notable application of the drink is medication-assisted treatment of morphine abuse – the condition Pemberton himself suffers from.

Later the same year, Pemberton adds another ingredient to the mix. It is the extract of kola nut, a tree native to African rainforest, containing caffeine, theobromine, and colanine. Pemberton’s friend Frank Robinson comes up with a name for the new version of the product: Coca Cola. On May 29, the first ever Coca Cola advertisement is published in Atlanta Journal, touting the drink as “delicious, exhilarating, refreshing and invigorating.”

1961 CE. Cocaine and coca leaf are declared illegal or restricted as per the international Single Convention on Narcotic Drugs. The parties to this treaty are almost all UN member states and Vatican.

1974–1975 CE. Researchers from Harvard University obtain a one-kilogram sample of coca leaf from the province of Chapare in Bolivia, aiming to determine its nutritional value. After extensive studies, they arrive at the following results (per 100 g):

The Harvard University team concludes that “from the nutritional point of view there is no difference between consuming coca and eating food.” Thanks to its lack of organic salts, high content of dietary fiber, vitamins and minerals, and low caloric value, coca leaf has great potential to be adopted as a foodstuff throughout the world, nutrition-wise comparable to wheat, corn, peanuts, and quinoa.

Archaeological evidence confirms that humans have been safely consuming coca leaf for millennia. A number of recent studies have confirmed its high nutritional value and stimulating properties.

One thought on “Coca leaf use throughout history: A timeline”